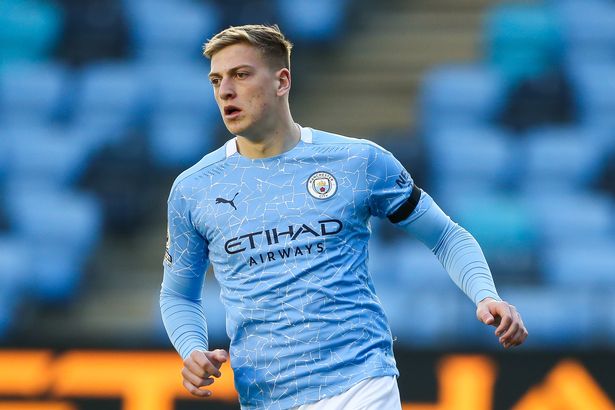 The evidence that Manchester City have made Harry Kane their transfer priority for this summer has been building for weeks.

But the Blues have become masters of hiding their hand in transfer shenanigans – as they showed last summer when the world was watching their apparent courtship of Napoli defender Kalidou Koulibaly – and they snapped up Ruben Dias, who had been cited as simply a fall-back option.

That was not the case. Dias was always a prime target, but City were happy to let everyone believe they had Koulibaly as number one.

Given that, nobody would be hugely surprised if they end the transfer window with Erling Haaland in the bag, as City usually have a short-list of three when they are chasing reinforcements.

Kane and Haaland have been the names whispered down the corridors at City, and in the last three months, Kane has emerged as the main contender.

Haaland looked perfect – a City fan whose dad was a Blues player, and one who has blazed a goalscoring trail through the Bundesliga and Champions League, a six ft four ins phenomenon with pace, touch and vision, and still only 20 years old.

But Borussia Dortmund’s £150million price tag made that a non-starter and seems to have prompted Pep Guardiola’s response that City will not be signing a striker this summer unless the prices come down.

Dortmund have earned a reputation for sticking to their guns, although the effects of the pandemic on their finances may yet force them to relax their usual take-it-or-leave-it approach to transfer negotiation.

Haaland seemed a more likely target than Kane at first, due to his age profile, his record, and his City connections.

Kane turns 28 this summer, is the England captain and a Tottenham icon and plays at a club with a hardball reputation that is as strong as Dortmund’s.

But it soon became apparent that, if anything, a deal for the England skipper might be far easier, especially once Kane himself started to make noises about wanting to leave White Hart Lane.

City were clearly already interested in the possibility of signing Kane, but with the asking price being on a par with that of Haaland, it looked like a non-starter.

That was when Kane took matters into his own hands and made it absolutely plain that not only did he want to leave, but that City was his desired destination.

“It’s definitely a conversation to be had with the club,” he told Gary Neville during a Sky interview, when asked whether he would be sitting down to discuss his future with chairman Daniel Levy. “I want to be playing in the biggest games, the biggest moments.

“I want to be in them games. So for sure, it’s a moment in my career where I have to kind of reflect and see where I’m at and have a good, honest conversation with the chairman. I hope that we can have that conversation.

“I’m sure that he’ll want to set out the plan of where he sees it but ultimately it’s going to be down to me and how I feel and what’s going to be the best for me and my career this moment in time.”

When asked which player he would most like to team up with, Kane could not have been more blatant

“When I watch De Bruyne play, he’s a special, special player and some of the balls I see him put in for City are just a striker’s dream if I’m honest,” he said. “He’s outstanding, an outstanding player with the ball, off the ball, pressing. But his delivery is as good as I’ve ever seen.”

If City needed any more encouragement, that was it – it is highly unlikely that Kane would have placed himself out on a limb unless he was sure a move to the Blues was a strong possibility.

Guardiola is a long-time admirer of the player – his description of Tottenham as “the Harry Kane team” offended Mauricio Pochettino but it was a compliment to the player rather than a comment on his teammates.

Kane’s age profile is not an issue – he looks after himself well and has at least another four or five years left at the highest level.

And City have high hopes for 18-year-old striker Liam Delap, who has a hint of Kane about him – a big, strong, aggressive player who bags goals.

He is still raw, but Pap Guardiola has already said he will be moved up to a permanent place in the first-team squad next season – and not only would he learn from Kane, he would be perfectly placed to step into his boots in a few years.

Delap has just smashed the Premier League 2 goalscoring record with 24, a tally that helped him to land the under-23 competition’s Player of the Year trophy.

He also scored on his City debut, against Bournemouth in the Carabao Cup last season, and made his Premier League debut against Leicester days later.

But if Delap represents the future, City are in the market for someone who instantly improves them, and Kane fits that bill perfectly.

The very fact that they called time on Sergio Aguero’s stay at the club was in itself a hefty clue that the Blues are confident of landing his successor.

City have kept their cards close to their chest, but chairman Khaldoon Al Mubarak’s annual message to fans this week also hinted at a major strengthening.

“This is the time to send a strong message, that there’s no contentment, that you’re not satisfied with just winning the league,” he said.

“We lose a very important legend in Sergio Aguero , very hard shoes to fill, but I’m confident we will find the right player to fill those shoes.”

Ahead of the Champions League final, City Football Group chief operations officer Omar Berrada – the man who looks after the financial and administrative side of the Blues’ transfers – said that the moves to replace Aguero would begin in earnest once the season was over.

“Perhaps we will look at the striker position because we have a legend like Sergio Aguero leaving,” he told reporters in India. “When the season ends on Saturday evening, we will sit down and look at what we want to do in the transfer window.”

Kane’s future is on hold while they appoint a new manager, with Antonio Conte set to take the reins, but the new appointment is not expected to affect the England skipper’s determination to go

That would leave the problem that the difference between Spurs’ expected asking price of £150million and City’s valuation, which is nearer to £100million.

The Blues would be prepared to offer a player as part-exchange, with Raheem Sterling, Gabriel Jesus and Riyad Mahrez all part of that speculation.

But Sterling, who has been poor for much of this season, is unlikely to want to find himself in Kane’s situation, playing in the third tier of European football, and looking on as other clubs clean up the trophies.

And any player going from City to Spurs would have to take a pay cut, so that could complicate any attempts to work out a player-plus-cash deal.