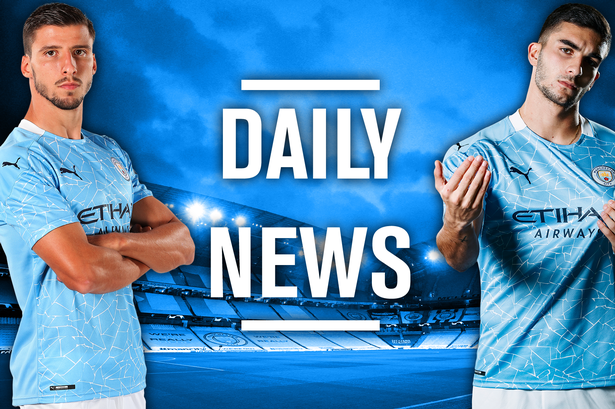 John Stones has been lauded for the sacrifices that have enabled him to win 50 international caps for England.

The 27-year-old Manchester City defender was handed his Three Lions debut in 2014 and passed the milestone on his most recent appearance for the country – during a World Cup qualifier against Hungary.

Having been rested for the follow-up game with minnows Andorra, centre-back Stones and his teammates are set to travel to Poland for their final outing of this international break.

Stones, who was part of the side that reached the 2018 World Cup semi-finals and Euro 2020 final, lost his England spot between those two tournament charges – only to recapture his best form for Premier League champions City and return alongside Harry Maguire.

According to fellow City and England man Kyle Walker, that was fitting reward for his ‘unseen’ efforts at the Etihad Stadium and beyond.

Here is what the teammates said to each other in a video clip posted on the England social media channels;

Stones (JS) said: “When you simplify it and talk to the boys, you [Walker] and everyone, they reassure you and say it’s about making sure you get back to what you do, believe in yourself. For me, to just put a shirt on again, I think it made me realise not to take for granted what we do and what I’ve done in an England shirt.

Walker (KW) added: “I’d just like to say, because I’ve spent the last five years with you, do I think that you took it for granted? No.”

Man City are Premier League champions! Get all the reaction plus daily news and analysis direct to your inbox with our free MCFC newsletter

Sign up here – it only takes a few seconds.

KW: “Yeah, you cherish it more. But the hard work people don’t know. Take this morning for example… What time did we get back in? Four. He’s [Stones] in the gym in the morning. Everyone else is probably in bed, he’s got up and gone to the gym.

“These are the sacrifices you’ve made in your life. I think that’s what made you be the player that you are today and, more importantly, the man you are today.”

JS: “Let me just say thank you for that! That means a lot, mate.”