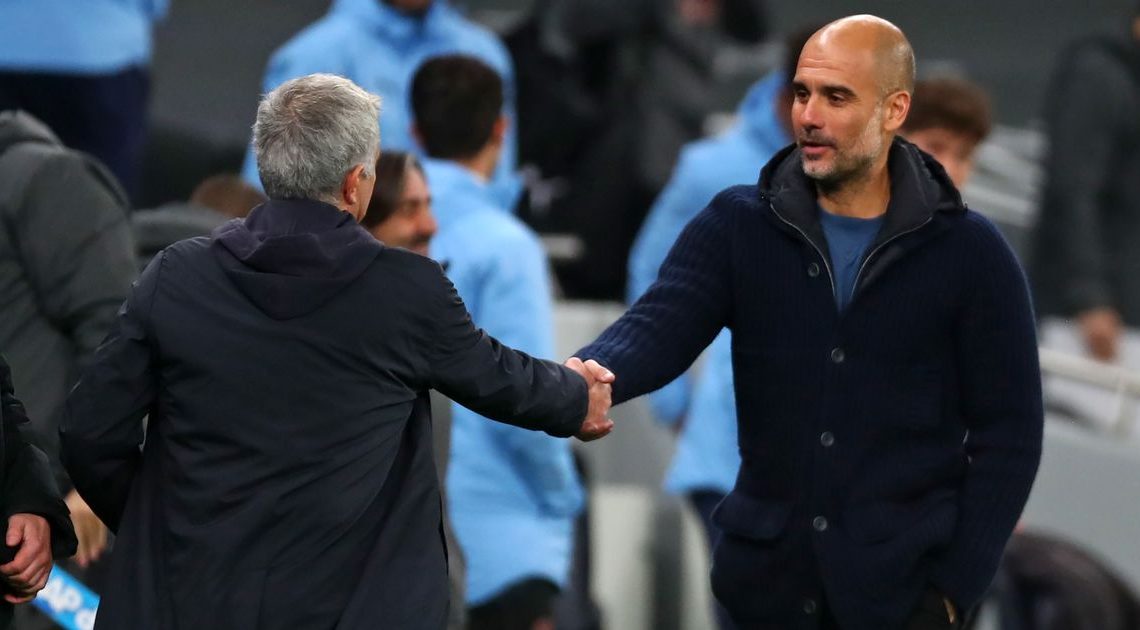 Guardiola isn’t the first Premier League boss to address the home fans in such a way, with former Chelsea manager Jose Mourinho requesting fans at Stamford Bridge to be more vocal during his second spell at the club.

AB: “After the 6-3 win over Leipzig on Wednesday which obviously was a great result, everyone was buzzing after it, Guardiola came out with remarks about how he hopes City can get more fans in the game against Southampton”.

AA : “Sometimes if the manager doesn’t say it, who will say it? I am kind of on the fence of maybe Pep shouldn’t have said it in that way but at the same time if Pep didn’t say it who would because it is a problem. It’s the first night back in the Champions League, you expect a full house. It may have been interpreted as leeway for rival fans to make jokes.”

Now you must be thinking what has a Chelsea representative got to do with this story? Well, another manager who has commented on his own club’s fanbase in the past is Jose Mourinho during his second spell at Chelsea.

The pair discussed the matter and compared the two incidents.

AA – “It was a QPR match and Jose Mourinho said it was like playing in front of ghosts because the attendance wasn’t that great. You look at Chelsea, before City came along, we were always laughed at because our grounds were so quiet. Jose Mourinho was frustrated at the fact there were not a lot of fans there.

“You see how important the fans are, they pretty much are the twelfth man and when a manager calls out for more support in the stadiums it’s because they know the impact the fans will have on these players. If the stands are not full it becomes a problem.

“When it happened in 2014, Chelsea fans were outraged. We know exactly what it feels like but I guess the difference is Mourinho tried to justify what he said by not slamming the fans. He didn’t go into press conferences and say it’s a big issue.

“If Pep goes on to explain why he wanted more fans and he said ‘interpretations are interpretations’, he would need to explain and give City fans the knowledge that he doesn’t mean it in a malicious way, he doesn’t mean it in a way that’s condemning fans. That’s how I took it and that’s how I took it with Mourinho when he did it.

“At the end of the season, Mourinho said that in 2014, we won the Premier League and nobody was talking about his comment, nobody cared!”

AB – “I think people can forget, especially when managers and players comment on things like this, they’re seeing it from a different reality. They don’t have to worry about spending money on tickets or rushing home from work and rushing to the stadium or arranging child care. It’s a multifaceted issue.”

Do you Guardiola’s comments were wrong? Follow our new City Fan Brands Writer Alex Brotherton on Twitter to get involved in the discussion and give us your thoughts in the comments section below.