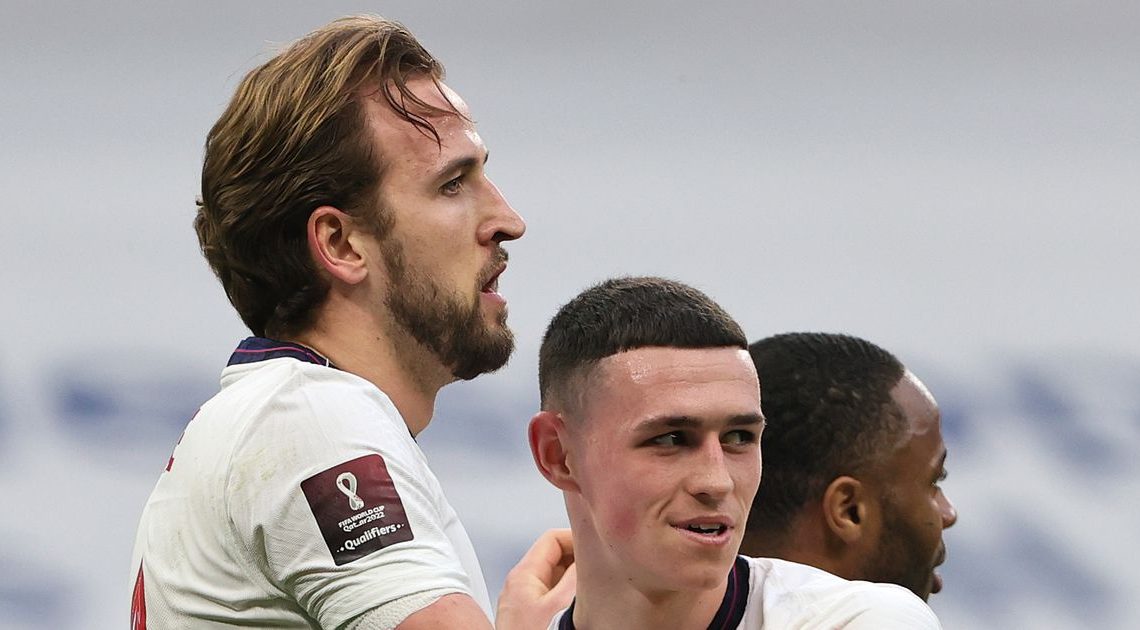 The England captain has made no secret of his desire to win trophies and his disappointment with Tottenham’s current direction.

Spurs failed to qualify for the Champions League for the second season running and they may face a challenge in keeping Kane in North London with the Blues currently watching his situation closely.

Kane has added fuel to the fire with recent comments on his admiration of City star Kevin De Bruyne and he has heaped praise on De Bruyne’s teammate Phil Foden.

Do you think Kane will join Foden in next season’s City squad? Let us know in the comments here.

“Phil is great. He loves football and being out there on the pitch, being on the ball and expressing himself,” he told the Official England podcast.

“His game understanding and final product has got better and we all know how good he is when is dribbling past players.

“Phil might need a bit of help now and then, but when he’s on the pitch, he’s fearless and just wants to play.”

The 21-year-old was voted PFA Young Player of the Year on Sunday evening, beating the likes of Mason Mount, Trent Alexander-Arnold, Declan Rice and Bukayo Saka.

Foden netted 16 goals and nine assists across all competitions, picking up a Premier League and EFL Cup trophy along the way.

Kane and Foden will link up on international duty this summer with England vying for European Championship.

The Three Lions will play their opening match against Croatia this Sunday at Wembley.