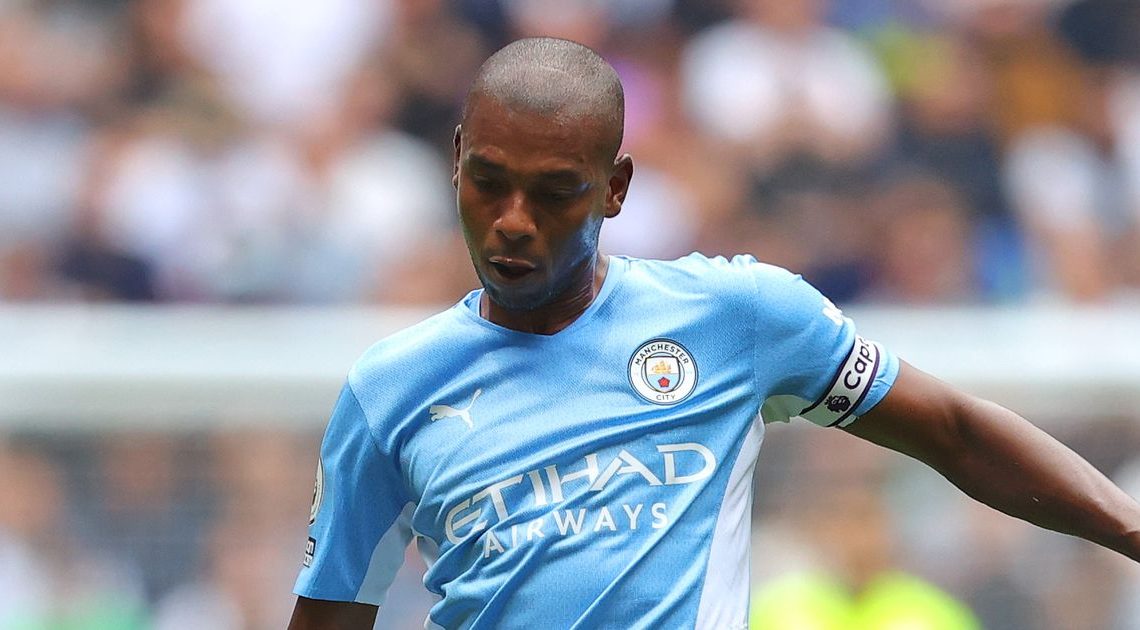 Born in Brazil and nurtured in the Ukraine, Fernandinho is now very much part of Manchester and its rich tapestry.

The 36-year-old Manchester City captain has won the lot domestically since he touched down in the UK for around £36million ahead of the 2013/2014 season.

Since that move from Shakhtar Donetsk, the holding midfielder has won four Premier League titles – including three in the last four years – one FA Cup and six League Cup trophies.

It’s a hugely impressive CV that the Brazilian has at hand. However, similarly to other modern City greats, it’s missing the biggest one of them all: the Champions League.

After years of striving for success on the European front, the Blues came so, so close to breaking that hoodoo at the end of last term.

It wasn’t quite meant to be, though, as Premier League rivals Chelsea overcame Pep Guardiola and his star-studded team in Porto.

Overlooked for the final, it might have been Fernandinho’s swansong, but the 53-cap international signed extended terms and will continue as a City player into his ninth campaign.

During that time, Manchester has become home for the man from Londrina in southern Brazil.

But what, exactly, does this northern English city mean to Fernandinho and his young family?

He said: “Manchester is great. It was an industrial city, nowadays it is a university one, there are many young people who live here, who come here to study.

“I arrived here eight years ago, when me and my family were welcomed. Manchester isn’t a huge metropolis such as London, Sao Paulo or Rio de Janeiro, but it is a city that makes you feel warm.”

On settling in following his transfer from the Ukraine in 2013, Fernandinho added: “Relatively, it was easy. I had been living in Ukraine for eight years, so when I arrived here, my adaptation was easy, although I didn’t speak English well enough.

“I could communicate in Spanish and Italian with some players who were already here… And the willpower – it can make a difference when you want to overcome obstacles.”