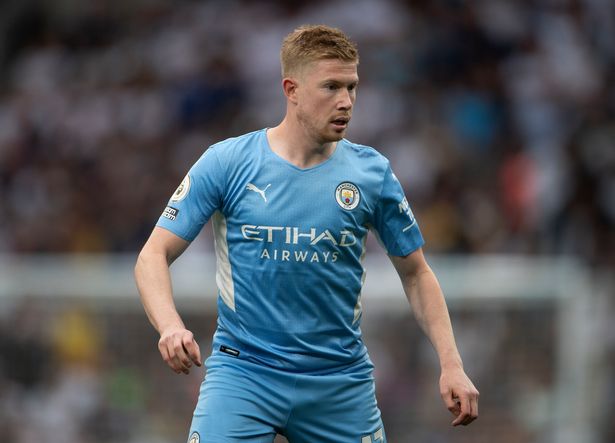 Manchester City will be targeting a third successive Premier League victory when they travel to the King Power Stadium to lock horns with Leicester City on Saturday afternoon.

After losing 1-0 to Tottenham on the opening day of the campaign, City have since bounced back with successive 5-0 wins over Norwich City and Arsenal.

Both performances oozed class and quality from City, easing any fears that they may struggle without a new striker having been added to the ranks.

However, a trip to the King Power Stadium to face Brendan Rodgers’ Leicester will be a far from easy task, with the Foxes having beaten City once already this season, that being a 1-0 win in the FA Community Shield at Wembley.

With that in mind, MEN Sport has taken a close look at all the very latest injury news concerning City ahead of the trip south.

With City still not 100 per cent sure on whether or not first-choice goalkeeper Ederson is available to face City because of the ongoing situation concerning Brazilian players, back-up shot stopper Steffen is also unavailable.

The 26-year-old is currently stuck in the USA after testing positive for Covid-19 whilst on international duty with the USA national team.

The shot-stopper is now currently going through a ten-day isolation period, meaning he will not be available against Leicester or RB Leipzig in the Champions League on Wednesday.

Should everything go to plan, he could be available in time for the clash with Southampton a-week-on-Saturday.

Centre-back Laporte was forced off with an abductor injury during Spain’s victory over Georgia last Sunday, raising concerns about another fresh injury problem for Guardiola to deal with.

However, Laporte soon shook off the problem, returning to the starting line-up for Spain’s 2-0 win over Kosovo on Wednesday. Guardiola did not provide any sort of update on him during his pre-match press conference on Friday, suggesting that the defender is fully fit and available for selection against Leicester.

The Belgian international has been restricted to just 11 minutes worth of football so far this season because of an ankle problem. However, the former Chelsea man has been back in training and is in with a chance of facing Leicester.

Guardiola said: “Kevin trained well last week, part alone, part with the other players who were here plus the Under-18s.”

The trip to Leicester, however, is set to come too soon for Foden, with Guardiola confirming that the attacking-midfielder only had his first training session on Thursday.

Foden has not played at any level since England’s Euro 2020 semi-final victory over Denmark in July because of an ankle injury.

Although he is making progress in his recovery, the England ace is not expected to feature against Leicester.